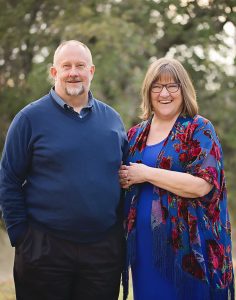 Bobby Wheat was raised in Andrews, TX. He completed primary and secondary education there as well. Then Bobby attended Abilene Christian University where he first majored in Industrial Education. Nancy Mitchell and Bobby met and married while students there. They departed for the mission field of Zimbabwe, Africa shortly after graduation in 1981. They returned in 1984 and Bobby completed a master’s degree in Biblical Studies also at Abilene Christian University. He preached in Trent, TX and then Beaver, OK. In 1992, they returned to Zimbabwe where they planted churches and trained preachers until 1996. Since returning to the States, Bobby worked seven years in residential construction, preached for churches in Oklahoma, Kansas, Tennessee, and served for one year as Missionary-In-Residence at Freed-Hardeman University. The Wheats came to Lake Shore Drive in August, 2012, and Bobby began serving as preaching minister in September, 2013. Nancy and Bobby’s three children are grown, married, faithful in service to the Lord, and they have provided them with eight beautiful grandchildren.