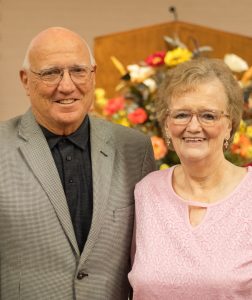 Ernie Christie was born in Pampa, Texas in 1943. He graduated from Pampa High School, graduated from Frank Phillips College, attended Texas Tech University, and graduated from Brown Trail School of Preaching. He is married to Judith Shuler Christie (1965), and they are blessed with two children along with their spouses and five grandchildren, one of which is married. He has preached in Manitowoc, Wisconsin, Eastland, TX, and Waco. He served as the pulpit minister for 28 years at Lake Shore. Since 2013 he has served in a support role at Lake Shore and as a volunteer chaplain at both hospitals in Waco.